The Bookwyrm's Review of Little White Hands by Mark Cushen 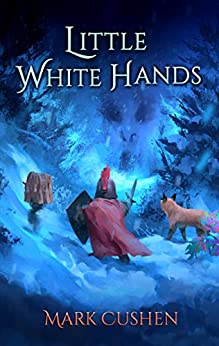 Almost five hundred years have passed since the Seasons were at war.Half a millennium since Winter defied Spring, and lost.Generations have come and gone, not knowing the bitter freeze and howling snows of Winter ever existed.But now, after centuries of silence, the participants in this ancient struggle have resurfaced and reignited their feud on the doorstep of an unassuming little kitchen boy.Garlan’s dreams of being just like the knights he idolizes may not be as impossible as he has always been led to believe, when he is chased from his home and thrust headlong into the kind of adventure he had only ever read about in books.Setting out on a journey that spans the entire kingdom of Faeland, Garlan will traverse impossible mountains and stormy seas and battle terrible monsters, all to keep the world he knows safe from an enemy who will stop at nothing to bring about a never-ending winter.With a cast of fantastical characters to aid him in his quest, can Garlan overcome his self-doubt and find the courage he needs to rise above his humble station and become the hero he always dreamed of being?The fate of the world rests in his hands.

I got the chance to review this when the author offered me a review copy for an honest review. I couldn't say no, since it is definitely off the beaten path of books i normally review. It's unusual in that it has a broad age appeal without reading like something just a kid would enjoy. It actually appeals to the adult reader as well, with some really creative worldbuilding and characters to bring the story.

The characters, especially the main character Garlan, really shine. Starting as just a kitchen boy, Garlan gets inadvertently drug into the kind of desperate adventure he has been wishing for his entire life. Garlan dreams of adventure, and trains as best he can to be a knight, his highest ambition, although as a kitchen boy, he realizes its a futile dream. HIs journey to discovering his destiny is so well laid out, its hard to believe he's just 11, but having a son about that age myself, its not so implausible. His companion, a wizard familiar called Oldface, is a fun character as well, mentoring Garlan throughout his journey, and actively acting to try and protect him. Throughout his journey, he runs across such an interesting cast of characters, from godlike avatars of the seasons, forest guardians, fairies and even pirates, that all add layers to the story. The antagonists are an interesting bunch, with some more humorously evil than others. The main villain is definitely not humorous, and creates a sense of tension and menace throughout the book, even off page. This is such a satisfying group of characters.

The world building is also strong throughout. Faeland is such an interesting setting, with a wide variety of environments and locations, ranging from the the capital city of the kingdom to fairy forests and haunted swamps, each with their own mysteries and wonder, with the final confrontation on the volcanic island of the fire mages, Calderia. There is magic throughout the world, although it's fairly subtle for the most part, then all of a sudden there's a talking scarecrow, or magical fairies, or a magically created blizzard. it's just well done and adds layers of surprise and wonder.

I think this book will have a broad appeal to a large group of fantasy fans. Its a book an adult can enjoy, while not having to worry if their kids want to read it as well, since there is nothing inappropriate for younger readers. I saw that this book is also a current contestant in SPFBO7, and I hope it gets the appreciation it deserves. I give this a hearty recommendation. 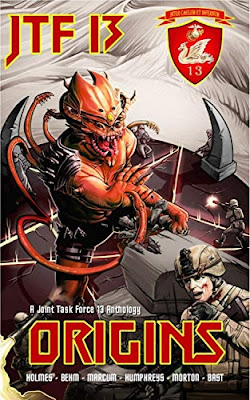